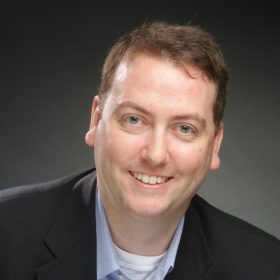 Bill brings more than a decade of real estate experience and almost twenty years of finance experience to Talon.  In his career he has bought and sold over $2 billion in real estate assets and managed assets totaling over $5 billion dollars across the United States with US based and international institutional partners.  Along with the other Investment Directors Bill has responsibility for executing the property business plans for Talon assets.  In this role Bill is responsible for sourcing acquisitions, managing the asset and its ultimate disposition.  Since joining Talon in 2012, Bill has had two primary mandates.  He worked on a team that managed, leased up and disposed of a 2.7 million square foot portfolio of 13 projects across the Puget Sound on behalf of an institutional partner.  Additionally, he has led the entitlement, financing and development of a 1.2 million square foot mixed use development called Kirkland Urban.

Bill joined Talon from Metzler Real Estate.  At Metzler Bill had day to day asset management responsibilities for a portfolio of seven trophy class properties located across the United States that were owned by a German separate account and four assets owned by the Metzler US Real Estate Fund (“MUSREF”) located across the United States. Prior to Metzler, Bill interned at Seattle based Schnitzer West.

Before business school, Mr. Leedom worked at the investment bank Cascadia Capital as an Associate for four years. While at Cascadia, Bill worked in both the mergers and acquisitions and private placement groups executing transactions on behalf of Cascadia’s clients across the United States. Bill began his career at Freeman & Mills in Los Angeles where he worked in the field of litigation consulting.

Bill has an MBA from Columbia Business School and an Economics-Accounting degree from Claremont McKenna College.  He lives in Laurelhurst with his wife and two sons.